Please note that the definition of ‘Asian’ used in New Zealand differs from that used in other countries. For example, the United Kingdom uses ‘Asian’ to refer to people of South Asian background, with people identifying as Chinese separately considered.

The terms 'immigrant and refugee' are defined as follows:

Map of Asia showing the countries of Asia 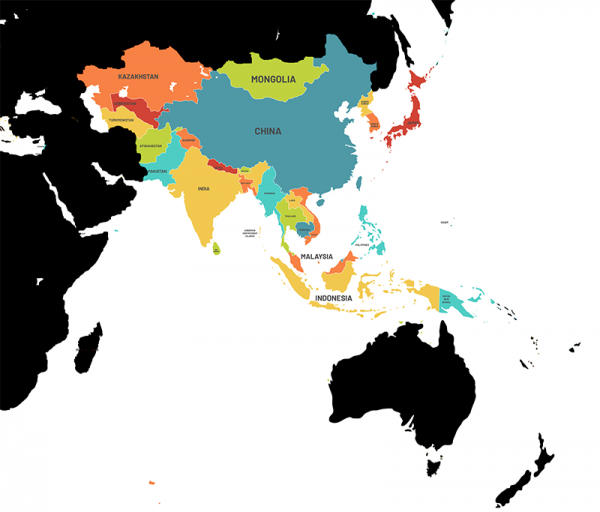 New Zealand people who identify as Asian ethnicity makes up fifteen (15) percent of the population (707,598) as reported in the 2018 census. Some geographical areas may have higher percentage of the population who identify as Asian ethnicity. For example, sixty-two percent (62.6%) of Asians in New Zealand resides in Auckland (approximately 442,956), which makes up 28.1% of the Auckland population.

Twenty-three percent (23%) of the Asian ethnic group was identified as New Zealand-born. This means immigrants make up a large proportion of the Asian population, approximately seventy-seven percent (77%).

Here is a map showing the distribution of Asian population across Aotearoa New Zealand (Census 2018).

The level one classification of ethnicity termed as ‘Asian’ consists of Chinese, Indian, South East Asian and ‘Other Asians’. Below shows the Level One and Level Two sub-groupings defined by Statistics New Zealand.